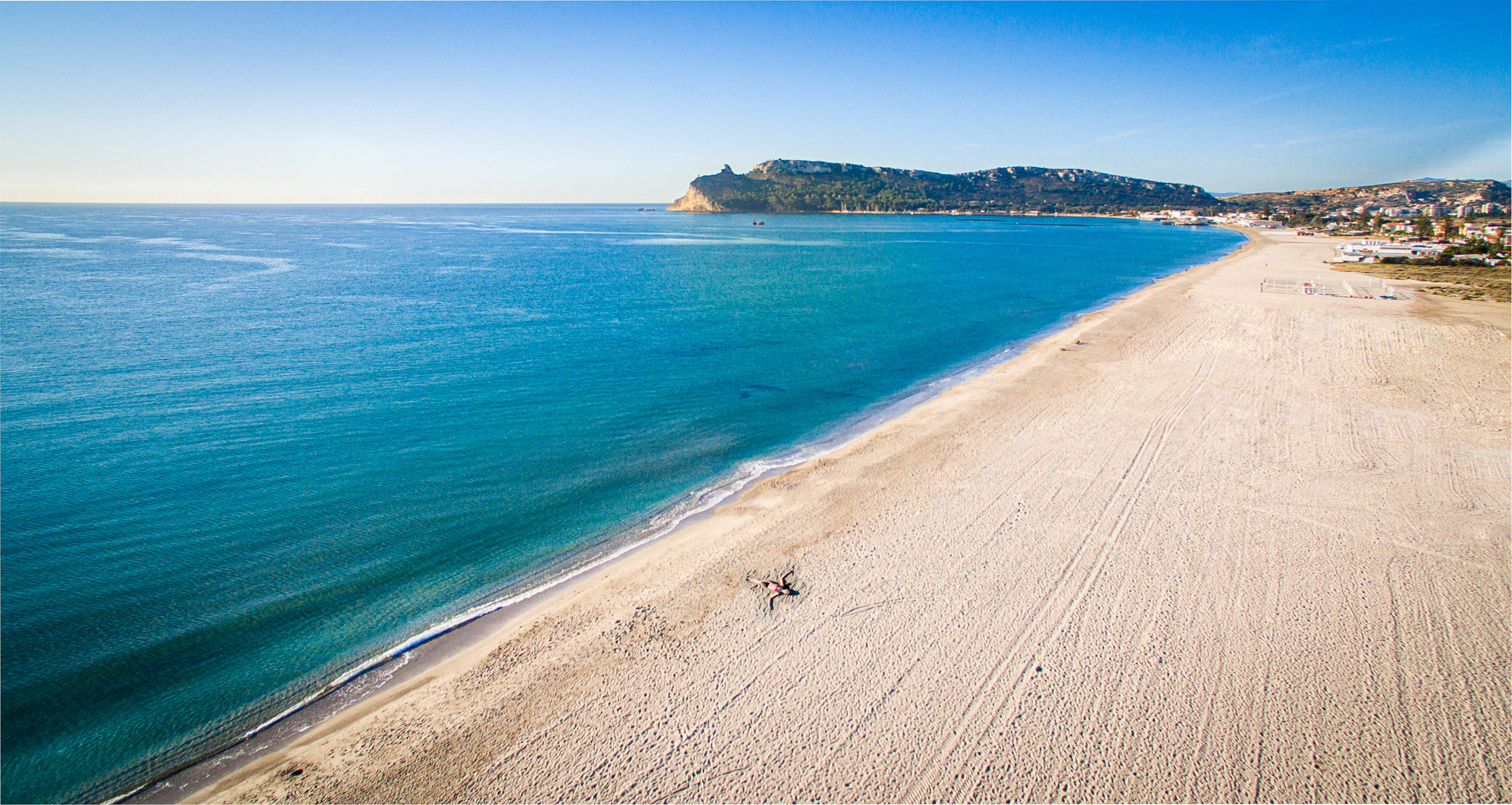 WELCOME TO THE CITY OF THE SUNSUNSHINE AND GENTLE LIVING

Overlooking the crystal blue waters of South Sardinia, the city of Cagliari tells the legacy of the ancient peoples who left behind signs of their passage, including the Romans, Phoenicians, Carthaginians and Byzantines, up to the Aragonese and the Spanish. Cagliari offers a mild climate all year round, as well as endless opportunities to explore and relax, with churches around every corner and squares poised on the landscape where you can enjoy aperitifs, designer boutiques and artisan workshops (keep an eye out for the beautiful ceramics, weaving and jewellery). A city that is multiethnic, multicultural, technological, immersed in nature and surrounded by salt flats, ponds and lagoons, it is the ideal place to enjoy life’s pleasures.

Discover the charm of the districts of Stampace, Marina, Villanova and Castello with the Pisan towers of San Pancrazio and the Elephant Tower, dating back to the early 1300s, the “Cittadella dei Musei” (the museum complex) with the Archaeological Museum, the National Art Gallery and the Museum of Siamese Art, the Saint Remy Bastion with its spectacular panoramic terrace, the Viceroyal Palace, the Cathedral of Santa Maria, the Cloister of San Domenico and the Roman Amphitheatre, half carved into the rocky landscape, where you can sit beneath the stars to enjoy one of their summer shows. Make sure to visit the archaeological area of Tuvixeddu, the largest Punic necropolis in the world, the Garden of the Capuchins,  the Botanical Garden and the House of Tigellius (“Villa di Tigellio”), Monte Claro Park and the Public Gardens with the Municipal Art Gallery that houses the Ingrao Collection and the 20th Century Sardinian Artists Collection, including works by Ciusa, Dessy, Figari, Nivola, Sciola and Maria Lai, and the Buoncammino Promenade, where you can admire the most beautiful sunsets, all 5 minutes from the hotel.

Cagliari will amaze you with its picturesque cobblestone streets with artisan workshops, exhibitions and shows, antique markets, summer shopping beneath the stars and its bustling nightlife. Enjoy the local cuisine, from both land and sea, which you can taste at the stalls of the lively San Benedetto indoor market, the largest in Italy and among the largest in Europe, with two floors of fresh land and sea produce and 300 colourful stalls bursting with aromas and flavours, and discover the fashionable bars and restaurants with outdoor seating on the bastions. Experience the charm of Sardinia’s ancient traditions such as the ritual processions of Holy Week at Easter, the moving rite of S’Incontru, and the solemn Feast of Sant’Efisio, which takes place in Stampace, between alleyways, crypts and blooming verandas, celebrating the soldier and martyr who saved the city from the plague; every first of May since 1655, the festival has been held in his honour, recognised on UNESCO’s “Intangible Cultural Heritage” list, lasting five days in a flurry of ox-drawn carts adorned with flowers, traditional costumes, music played on ancient Sardinian woodwind instruments (launeddas) and rose petals.

Don’t miss the Fish Festival in the village of Giorgino, the exciting theatre season with concerts, opera and ballet at the Opera House, plays at the Teatro Massimo or at the Civic Theatre of Castello, the theatre and dance festivals at the Teatro delle Saline and the Piccolo Auditorium, cultural events, literary or music festivals and major sporting events and shows. Why not visit the early Christian Basilica of San Saturnino, the Sanctuary and Basilica of Nostra Signora di Bonaria, the MEM (Mediateca del Mediterraneo), a cultural centre which houses modern libraries and media libraries popular with young people, the Cloister and Crypt of San Domenico, the Town Hall, the Church di Sant‘Efisio, the underground crypts of Sant’Efisio and Santa Restituta, or the temporary exhibitions and events which are often held in the historic and fascinating cultural centres of Lazzaretto di Sant’Elia, EXMA, Il Ghetto and the Palazzo di Città in Castello, the Castle of San Michele and the SEARCH exhibition and archives located underneath of the Town Hall.

​Sardinia is not only about the sea… to fully enjoy your holiday in Cagliari don’t forget to visit all the natural wonders that the city has to offer, with its parks, including the new Nervi Park, the Gardens and the seven hills, including Monte Urpinu, from which you can view the unmissable Molentargius Nature Reserve with its salt flats, tree-lined parks, rivers and thousands of pink flamingos that make their home and nest there; a rare example in the world of an ecosystem and one of the most important natural oases in Europe, with 1,600 hectares of fresh and salt water basins, sandy plains, protected species and rare vegetation, it is a dream destination for all birdwatchers. The Hill of San Michele with its medieval castle that is lit up at night, 5 minutes from the Sardegna Hotel, Calamosca and the “Sella del Diavolo” (devil’s saddle), an unspoilt promontory overlooking the sea where you can walk or cycle along the archaeological and nature paths and enjoy a breath-taking view of the white sands of Poetto beach, which stretches about ten kilometres along the coastline (one of the most beautiful and cleanest urban beaches in the world) and the Gulf of Cagliari, also known as the Gulf of Angels, are also not to be missed.

For sports and ocean lovers, Cagliari has a whole host of sports and exciting outdoor activities on offer, such as kayaking, catamaran sailing, kiteboarding, paddleboarding, dinghy sailing, surfing, angling, snorkelling, canoeing, scuba diving, beach tennis, beach volleyball, mountain biking, nature excursions on foot, by bike or on horseback, golf, sailing courses for adults and children and much more… so much so that it was awarded the title of European City of Sport. The Luna Rossa team was so taken with the city and its Gulf that it made Cagliari its permanent base, where it prepares for the America’s Cup. The port of Cagliari is also a great location for dolphin-spotting.

Travelling just a few kilometres from the city, there is still plenty to see: archaeological, cultural and nature sites, including the Reggia Su Nuraxi di Barumini, the most important monument of the Nuragic civilisation in Sardinia, declared a UNESCO World Heritage Site in 1997 and dating back to 1478 BC; the spectacular coastal archaeological site of Nora, with both Nuragic and Punic foundations dating back to the 9th-8th centuries BC, and its lagoon; the Punic city of Monte Sirai; the medieval Castle of Sanluri; the ancient 3,000-year-old limestone statues of the Giants of Mont’e Prama, over two-metre-tall warriors, archers and boxers not found anywhere else in the world, on display at the Cabras Civic Museum and the Cittadella dei Musei in Cagliari; the Giara di Gesturi plateau and its park, inhabited by wild horses, the only ones of their kind in Europe, and the most beautiful beaches in Sardinia, including the famous beaches of Tuerredda, Mari Pintau, Cala Regina, Santa Margherita di Pula, Cala Cipolla, Su Giudeu in Chia, Costa Rei, Porto Giunco and Punta Molentis in the Marine Protected Area of Capo Carbonara in Villasimius with the islands of Cavoli and Serpentara; the fascinating mines and abandoned villages of the Geo-mining historical and environmental park of Sulcis-Iglesiente, one-of-a-kind in Europe and a rare example of industrial archaeology, including the mines of Monteponi, Montevecchio, Galleria Henry and Sebariu, the Oasis of Monte Arcosu, that of the Sette Fratelli and that of Monte Linas, with cascading waterfalls, streams and rare flora and fauna and, finally, the famous caves, including that of Is Zuddas in Santadi, dating back some 530 million years.

The Sardegna Hotel is the ideal base for discovering Cagliari all year round. It is located just a 5-minute drive from the historic centre, the airport and the district of Castello, where you will find the “Cittadella dei Musei” and many other places of interest, and 10 minutes from the glorious Poetto beach with its Californian pedestrian promenade and cycle path. The hotel has its own taxi rank and is well served by public transport, making it easy to reach the renowned beaches and tourist sites of southern Sardinia, and to appreciate all that our city has to offer, either on your own or with the help and assistance of the hotel’s Concierge, at your service 24 hours a day, who can advise you on the most charming corners of the city and the sites and events that are not to be missed, including those in the surrounding area.

At the Sardegna Hotel, Suites & Restaurant, you can sit back and relax…  you can also go on individual and group excursions, with or without the help of expert guides, with free pick-up at the hotel and free hire of bicycles, scooters, cars, dinghies, sailboats or motorboats. 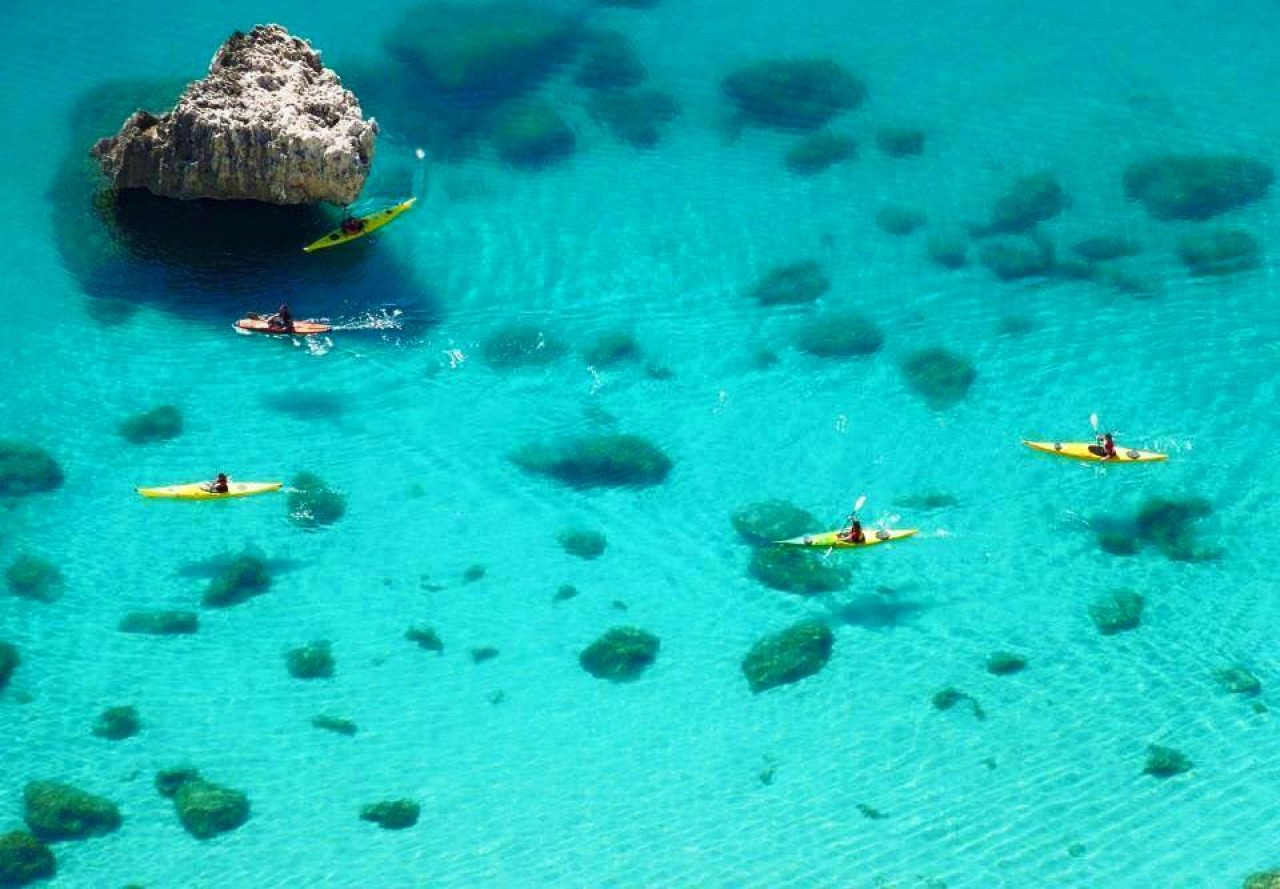 Complimentary appetizer or dessert and 10% discount at La Scala restaurant. 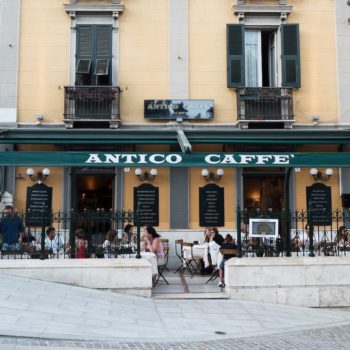 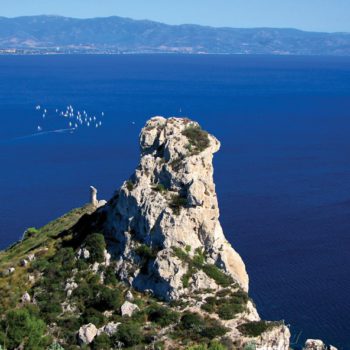 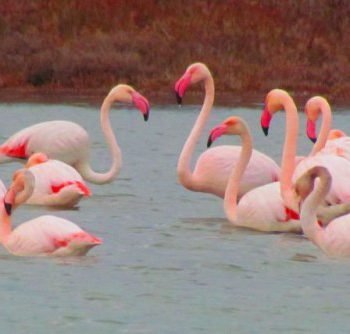 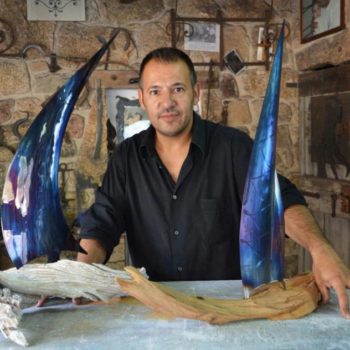 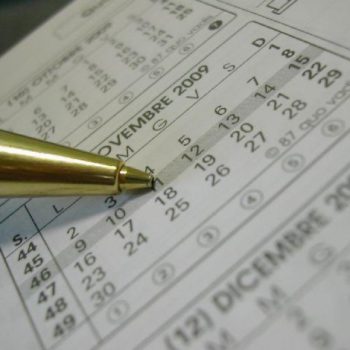 We will apply a 10% discount for bookings made at least 14 days in advance. Full payment is required at the time of booking. Bookings are non-refundable and dates cannot be changed. Buffet breakfast included, Wi-Fi, Sky and Parking free Rates are per person per night in the room type selected and include buffet breakfast. 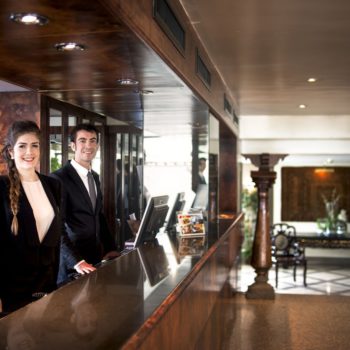 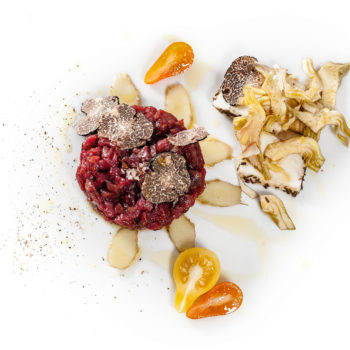 Combine the Sea or Land Tasting Menu with your stay, by booking in advance online, you will have the mineral waters included. If you are looking for an unmissable destination where you can enjoy delicacies prepared with the best raw materials by our Executive Chef Santiago Vazquez, wines chosen from the best wineries and desserts… 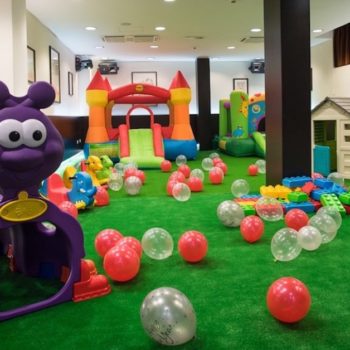 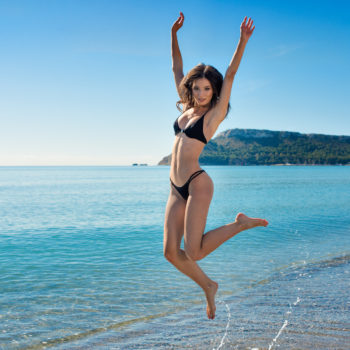 From 38,00 euros per person Discover our special offers for the SUMMER SEASON (valid from June 1 to September 30) Enjoy the wonderful Poetto beach, with its 8 km of white sand and the brand new promenade, discover the summer season in Cagliari with its many colors and and typical dishes, making shopping during night… 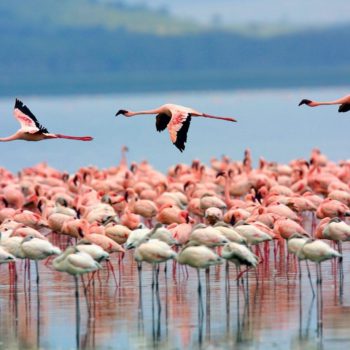 From 38.00 euro per person Free late checkout, Late Buffet Breakfast, Free Wi-Fi, Sky and parking, no charge for children. A weekend break to explore the many facets of Cagliari: shop in the colourful downtown, take in the old-times atmosphere of the Castle quarter and the other historic districts, admire the flight of the pink… 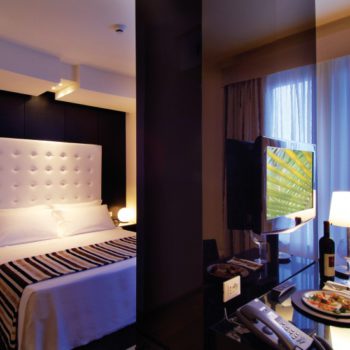 FOR INFO AND RESERVATIONS!